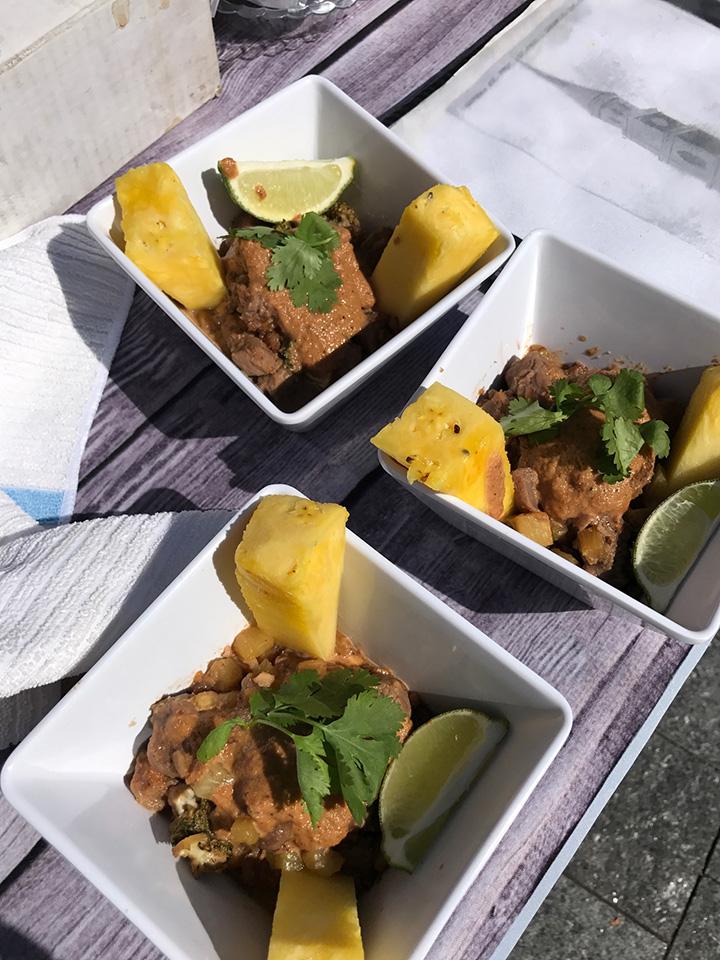 Required to make both the main course and a desert, winners were chosen by a panel of celebrity judges including GoSun CEO Patrick Sherwin, Celebrity Chef Jean-Robert de Cavel, and one of our top customers Terry Urbine who along with his wife Debbie have cooked in the GoSun more than most any couple on Earth. (Say hello to Terry on the GoSun Community Kitchen.) A largely symbolic prize, all money generated by the competition when to support hurricane relief, but the competition was none-the-less heated.

With a strong showing from all four contestants, Chef Tony at the Raddison Hotel took the prize with blackened halibut and a knee-bending chocolate cake with a raspberry bourbon sauce. (It was life-changing.) When asked about his preparation, Tony remarked he had practiced this recipe four times before the competition and had learned a few tricks along the way, such as turning the stove slightly off angle from the sun to keep his cake from finishing too fast. Put simply, the GoSun team was in awe of the caliber of food firing out of tubes during the competition. (Pun intended.)